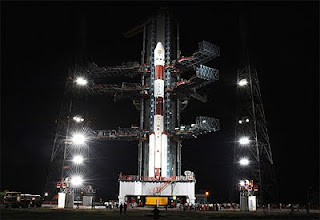 ISRO has made India proud once again with the discovery of water molecules on the surface of moon. Chandrayan along with NASA’s payload, ‘Moon Mineralogy Mapper’ has made a breakthrough discovery, which is going to give a new vigor to our space odyssey.
Astronauts of future will be able to extract water from moon and use hydrogen to fuel their rockets and oxygen to breathe. Moon can also serve as transit point for our inter-planetary missions. The discovery is also a great boost to our search for water on other planets. A new theory is being formulated on the planets where the probability of finding water is high. According to this theory, planets with silicon compounds on their surface have an edge over the others.
Third World War is predicted to be for water and finding water on any other celestial body gives the scope for hoping that maybe, just maybe, this will extend the lifespan of human race a little further.

The entire crew of ISRO needs special applause! They have reaffirmed to the world, the superior quality of our scientific community and technical capabilities. The nation is proud of you and we hope ISRO will be able conquer space not only for India but also for the welfare of the entire human race.
Posted by Neenu at 23:39 1 comment:

Email ThisBlogThis!Share to TwitterShare to FacebookShare to Pinterest
Labels: India on the roll 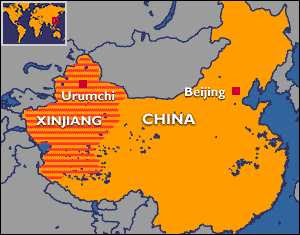 China was never the favorite of human rights activists. With its stringent rules and restrictions, China has always alarmed the world. China’s oppressive measures in Tibet and the subsequent condition of the Tibetans are very much familiar to us. But there is more to Chinese brutality.


East Turkistan is a region situated in the northwestern parts of China and thickly populated with the ethnic group of Uighurs. These people who speak Turkic language follow Islam. Established as the ‘East Turkistan Republic’ in the 1940s,this nation was annexed by China and renamed Xinjiang (meaning ‘new territory’). This region came to the attention of the world in this July, when the Chinese president left the G-8 summit mid-way and returned home due to an Uighur uprising. The Uighurs who have always wanted an independent country were not only denied it but were also deprived of their fundamental and human rights. They are not even allowed to worship in accordance to their religion. In order to dilute the borders, a large number of Chinese people are being relocated to the Xinjiang province. In the 1940s the Chinese population in Xinjiang was a meager 4%, which rose to 40% by 2000. The recent Uighur uprising was brutally crushed by the Chinese government and the unofficial death toll is 197 while 1721 were left with injuries (officials claim much smaller figures). The Uighurs who escaped from the region has setup a ‘World Uighur Congress’ with its headquarters in Munich. Their leader is a former businesswoman, Rebiya Kadeer, who is now a refugee in USA. The Uighurs in and out of Xinjiang is pleading to the international community for support, something they rarely get. No one wants to incur the wrath of China, which i 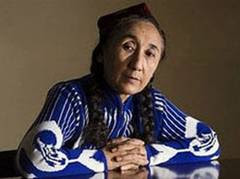 s all set to become one of the major world powers in the coming years. But it’s high time they renewed their policies regarding Xinjiang and Tibet. China is trying to project the protesters as terrorists and is including them as targets in their fight against terrorism. If an independent nation is too much to ask for, at least human rights of the people can be easily granted. I think it’s the responsibility of all the world nations to rise up and stand by the oppressed Uighurs for the freedom they deserve.