There are two people with whom I share my room. One is a baby lizard and the other is a hyper active spider.

When I used to read about people keeping toads (Neville Longbottom for instance), spiders and other officially ugly creatures as pets, I’ve wondered how they can bear looking at those slimy and hairy bodies and caress them. Yuck!! But now I think I’ve started getting the picture. 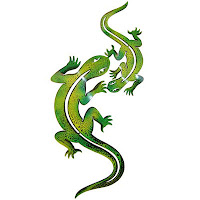 I spend a lot of time in my room in the pretext of studying or simply to get some peace of mind from my shouting parents and troublesome sister. And once in my room, I open up some textbook and start daydreaming. It was on one such day while daydreaming that I noticed something small moving on the wall. A closer look revealed that it was a baby lizard. If you thought only dogs and cats could look cute then you should see my baby lizard, he is so damn cute! He can fit in my little finger and has such tiny legs that it’s a marvel to watch him climb the wall. My initial amazement changed to anxiety as I started thinking what will happen if he slips and falls? Where the hell has his mother gone? What a careless mother she must be to let such a tiny baby to wander around? As I watched, he tried to get to the top but stopped midway, turned around and vanished. I looked around but couldn’t find him. Next day the baby lizard reappeared and this time he was contended with climbing the lower portions of wall. It wandered around pointlessly, once moved close to a small fly, paused for a minute, turned around and vanished! Then it became a routine for me to look around for him and gape at the way he moves. I haven’t seen him catching a fly yet. I’m looking forward to the day my baby lizard catches a fly in front of me. I’m sure he will grow up and become a very good flycatcher and make me proud! 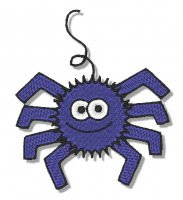 The second inhabitant of my room is a spider. I’m scared of spiders (owing to those horrible spider movies I guess) but cockroaches are scarier. My simple theory of comparing both the creatures in scare meter is based on the fact that, if a spider and cockroach both decide to chase us and inflict us with pain, then we will be able to run away from the spider faster than it can scuttle but cockroach can still catch up as it can fly! So cockroach is a bigger villain. Now the spider in my room is a medium sized creature and is unusually fast and hyperactive. The first time I saw it, I was sitting on the floor and reading. Suddenly something came shooting into the room. My danger instincts worked super cool and I jumped on to my bed, throwing down the book I was reading. From that safe post, I looked down to see the creature that had caused the panic. There it was, our spider, inches from my book, standing still. Suddenly it turned around and shot back the way it had come. Now I knew it was no longer safe to sit on the floor and shifted to bed. The next day around the same time, our hero came back the same way, scuttling so fast that I was amazed by its agility. There was no book on the floor to cause hindrance to its path and it went straight for the wall. I’ve seen a variety of spiders before and they always paused for 5 minutes before moving for 5 seconds. But this one was different. It paused for 5 seconds and moved for 5 minutes. Within no time it had climbed up the wall and back down disappearing behind a shelf. The next day it came out again. This time it went for a tiny fly sitting high up on the wall. Now our spider as usual was over excited as it leaped at the fly extending two of its legs towards the fly. Unfortunately, spiders are not made for aerobic performances or so I learned as it went hurtling down the wall and crash-landed on the windowsill. I dint have the courage to go up and check on it. But later on when I did muster the courage, I couldn’t find it there. I never saw the hyperactive spider again. But I just hope it’s still alive and active somewhere in the unexplored nooks of my room.
Posted by Neenu at 04:53