My Most Memmorable Childhood Vacation

This is the first guest post here. Yeyy!! Cheers to Stephanie Fisher from Closet-13 for her beautiful post. This is written as a part of the Blog Swap organized by 20 Something Blogger. The topic was 'Childhood Summer Vacations' and you can read my post for it here.


Most of my childhood summer vacations were spent in cottages in the English countryside, however in 2003 we went to Spain for 2 weeks. I was so excited to be going abroad for the summer. We visited Costa Blanca, which is along the south east of the country. 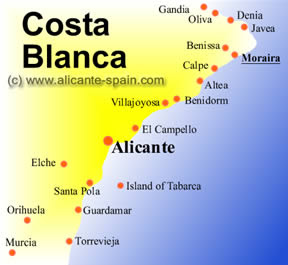 We arrived at Alicante Airport and hired a car to take us to our villa (called Casa Nina) in Moraira. We were loaned a silver Renault Clio which was nice and small, but unfortunately wasn’t very reliable as it kept breaking down (we found out later that the heat was evaporating the petrol!) The weather was beautiful and the journey showed us some of the amazing views of Spain. We passed Benidorm, which was huge and very busy, and a giant black bull in the mountains along the roadside. 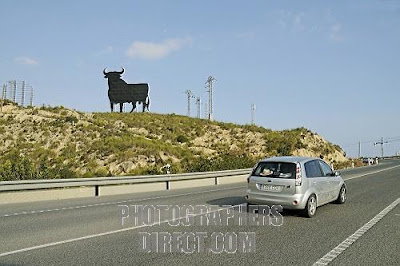 The villa was very nice. We had our own pool, a balcony and a sea view. It was wonderful to be able to walk to the beach, relax in the sun and go swimming whenever we wanted, however it was important that we stayed out of the mid-day sun so that we didn’t burn (as this is when the sun’s at it hottest), so when I wasn’t able to go outside, I would watch Spanish television or read a book. The beach and harbor were beautiful. The sea was crystal clear and a vibrant blue that glimmered next to the pure white sand 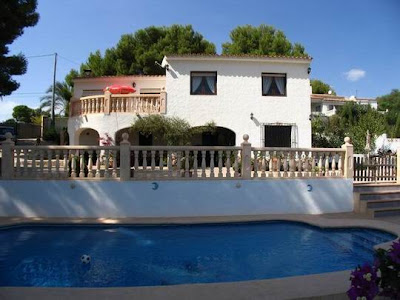 In the evenings we were able to walk around the area and explore the town, as it wasn’t too hot. The number of restaurants there were along the sea front astounded us. There was such a wide variety that we were able to have something different to eat every night, including pizza, Chinese food and even fish and chips. We eventually managed to find an English restaurant with air conditioning and we returned here every so often when we got too hot in our villa!
The nights were extremely hot and we were all unable to sleep. Apparently, the summer of 2003 was the hottest summer on record in Europe since at least 1540. We had heard that the temperature had reached
over 101oF/39oC in England and so it was even hotter for us in Spain! We had no air conditioning and there was not a single fan for sale in the country. Every single shop had sold out. So, most nights were spent, windows open, sitting in front of the freezer with cold drinks and ice cubes, trying to cool down.
One night we found a street market (we learned that most shops and markets open in the evening to avoid the heat of the daytime). It was filled with people selling handmade crafts and gorgeous materials. I bought all my friends handmade bracelets and bought myself a necklace. The most impressive display however, was a man who made and sold amazing pictures with spray paints. We had never seen anything like this before and were so fascinated by him that we watched him for hours until we decided to buy one. He finished each picture by ‘sealing’ it with heat, creating a giant flame with a lighter and an aerosol can. 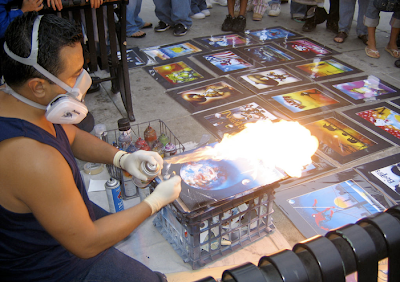 It was a wonderful holiday and although at first I wanted to come home because it was so hot, by the end of the two weeks, I didn’t want to leave! I would definitely go back to the area again as it was a great experience.