A Tribute to Kamala Surayya 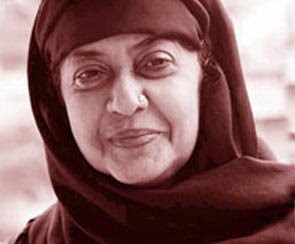 One of the most famed and talented writers of all time, Kamala Surayya passed away during the wee hours of 29th may.

I was not quite familiar with her works until recently when I got the opportunity to read her autobiography,’Ente Kadha’. Until then, she was just another familiar name often seen in newspapers. (I had one of her English poems to study in school) If I had seen her autobiography in a library, I would have never picked it up. It was my friend, Aswathy (who happens to be a great fan of Kamala Surayya) that prompted me to read it. The front cover of the book had the photo of a strikingly pretty and young Kamala. Her wind blown hair and modern attire seemed to match with her carefree life of contradictions and conflicts. Right from the first to the last, the book amazed me with its candid style.

Kamala was a lady of heart whose never-ending love story was against the social conventions. I respect the lady for her courage in laying bare things that people usually sweep under the carpet. She doesn’t try to portray an image of a homely girl, solely devoted to her husbands needs. Instead, she boldly speaks about her innermost feelings, desires and sexuality. Her story is a very eventful one and its the story of a lady who yearned for love and was ready follow her convictions and beliefs even if she had to face oppositions. To go with current is easy but to swim against it is a job of the bravest and Kamala Surayya was one such lady.
Posted by Neenu at 23:08

Email ThisBlogThis!Share to TwitterShare to FacebookShare to Pinterest
Labels: People