'Love jihad' is the term coined for Muslim boys 'trapping' girls of other religions in their love and forcing them to convert to Islam. It got into the news in Kerala when some Hindu organizations started complaining after two girls escaped from 'Love Jihad'. Now even the Christian organizations are coming up with the complaint. 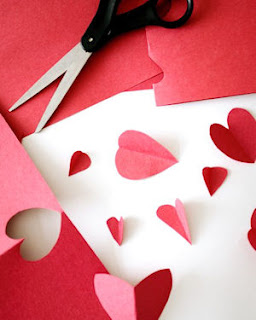 I think the whole thing is a blow up by some anxious and conservative parents. One or two random incidents shouldn't be mistaken and enlarged to such proportions that they generate hatred towards the entire Muslim community. Posters claiming to be from 'Shiv Sena' have surfaced in many parts of Kerala warning Hindu girls against 'Love Jihad'. This is the first time that Shiv Sena activity has been reported in Kerala and I'm not very happy about it. Shiv Sena has always tried to restrict the growth of women in the name of Indian culture and takes pride in spreading communal messages. How can anyone forget the Bangalore bar incident? Girls were beaten up by Shri Ram Sena Activists for having a drink in the bar along with their male friends. Excuse me, but i thought this was India! Indian culture always stood for respecting women and what are they trying to preach by going around beating women? They have their parents and other elders to correct them if anyone feels that the girls have done some horrible sin. Advising them would have been ok, but beating them up publicly in front of TV cameras cannot be justified in any way! Rise of Shiv Sena and other similar 'Senas' in Kerala is definitely going to lead the society into the pit of communalism.
The inquiry commission appointed by the High Court has come to the conclusion that there is no racket involved in the whole 'Love Jihad' episode and the fears of the same are unnecessary. But not everyone is happy with the report it seems!

Its interesting to note that parents of children having inter caste marriage worry more about their children converting to other religion than about the idea of them living with someone of another religion. Our society has changed a lot but there is still a lot of things that need to be shaken off. I wonder when people will start realizing that love is beyond religion and should not be weighed down by it. Religious belief is a good thing but forgetting that the religion was made 'for the wellness of the people', and not 'people for the wellness of religion' will only demean both religion and love.
Posted by Neenu at 00:13

Email ThisBlogThis!Share to TwitterShare to FacebookShare to Pinterest
Labels: Awareness, My thoughts